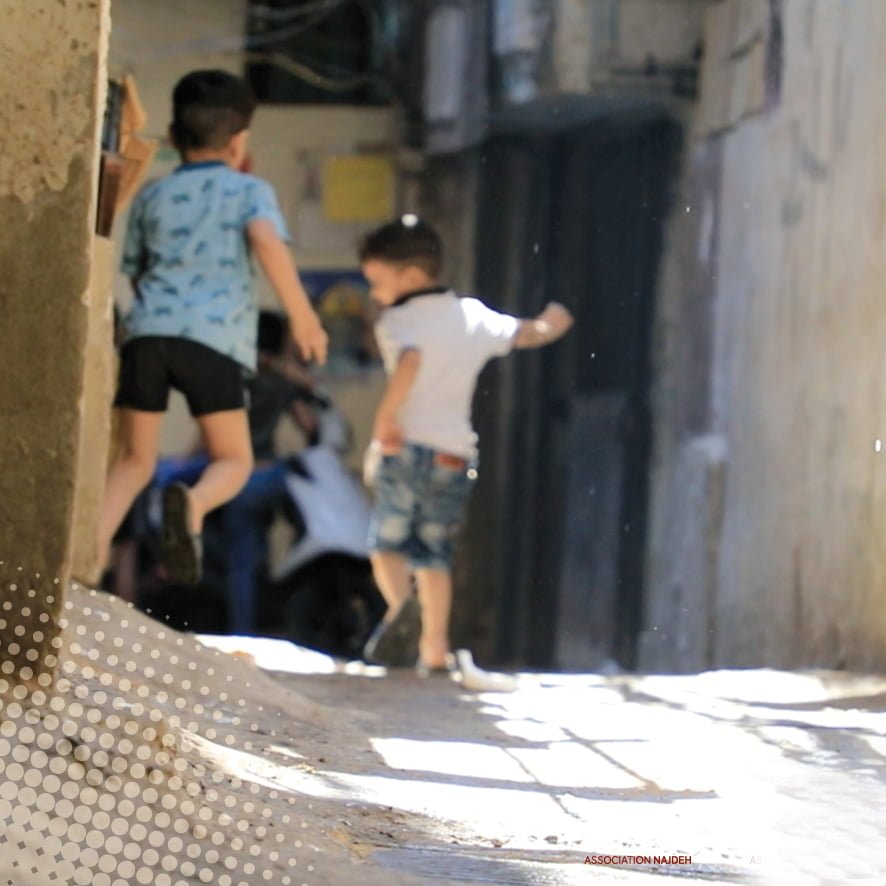 This project has been developed with the development of the association’s programs and vision, as well as with the needs of the Palestinian community in Lebanon. Since its establishment, the project has worked with literacy groups by adopting a popular education approach. On the other hand, Association Najdeh started launching projects and opening psychosocial support centers in 1993, and psycho-social intervention approaches were developed and expanded geographically during,  and after the July 2006 war, and then during the clashes of Nahr al-Bared camp in the year 2007. In 2012, the Education and Popular Section and the Psychological Intervention Division were merged, in response to the urgent needs that worsened with the deterioration of economic and social conditions, in addition to the decline in the quality of education and the high rate of school dropouts, and in light of the continuing wars and conflicts and their impact on Palestinian refugee children in Lebanon, at all psychological, social and educational levels.

The project targets children and adolescents aged 6 to 24 years of both sexes, with 60% female and 40% male. The project works through 11 centers distributed in Palestinian refugee camps and gatherings in Lebanon in Beirut – Saida – Tyre – North and Bekaa.

The Social Education and Support Project aims to enhance literacy, educational achievement, and psychosocial well-being of the most disadvantaged and marginalized social classes.

psychosocial support The axis of

The department also works by providing specialized consultations and services to enable children, girls and adolescents at risk and survivors of violence and sexual harassment to overcome psychological, social and behavioral problems.

The department actively participates in establishing and activating child protection networks in Palestinian refugee camps and gatherings in Lebanon to secure the necessary services and interventions, and raising community awareness of children’s rights.

The two-year learning and education program, within it’s  pre-school education and the psychosocial support, carries out awareness campaigns on children’s rights based on the Convention on the Rights of the Child through various activities in all regions and reviving events for these rights.

The department creates illiteracy groups to enable beneficiaries to have sustainable literacy skills.

The project works to provide academic support for students at risk of dropping out and dropouts from schools who have learning difficulties.

The library located in Ain El-Hilweh camp welcomes children and adolescents to encourage them to study and research, and to participate in activities of a cultural and educational nature.