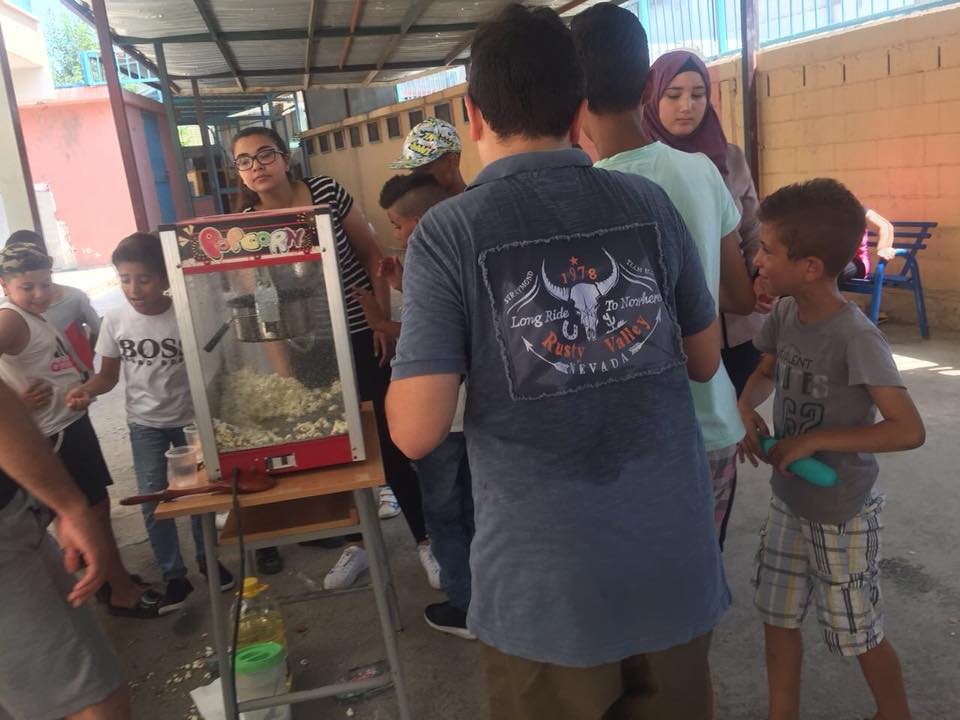 Under the title “From generation to generation… we will definitely return”, and in a gathering, that is a first in its kind in Lebanon since Nakba, gathered the first generation of Palestinian refugees in Lebanon from all refugee camps. In the international day for solidarity with Palestinian people, holding to the right of return and destiny determination, and in support to Palestinian struggles against the occupation in hopes for their freedom against the continuous attempts to end the case and pass the deal of the century, for  all that, Association Najdeh organized an open day on Tuesday 27-November in Sidon- Khan EL Firanj.

The day started with a speech from Association Najdeh’s CEo, who insisted through her speech that the official leadership should learn from the first generation’s, of Palestinian refugees, experiments, pointing out to the fact that after 70 years of forced migration and they did not give up on their keys and ownership papers yet, and after 70 years of human rights deprivation not once did they think about giving up their rights, or giving up on Palestine that they re-build in refugee camps, re-naming camp alleys  same names as the villages and towns no one can take out of their hearts.

Mr. Hussein Daraj, gave a speech on behalf of the elderly, through which he thanked Association Najdeh for reviving this occasion which aims at preserving the Palestinian nationality, pointing out that Najdeh gave and will keep on giving a lot of Palestinians.

On his part, Mr. Majed Hamto gave a speech on behalf of “Civil organization’s Union in Sidon”, he confirmed on that real solidarity with Palestinian people is through serious reconsideration, from the international community represented through United Nations, to the decision of founding the occupation entity, and admitting its historical mistake, and the attendance of first generation of Palestinian refugees is a strong message to all those attempts.

After the speeches we heard live testaments for the first Nakaba generation, on their forced migration and refugee experiments, their memories and daily lives in Palestine before being evicted, elderly also gave information on Palestinian villages and cities, important events that took place, and what each is famous for.

The day also included, a variety of traditional and national songs performed by Ammar Hassan, which received an amazing interaction from the audience which insure how persistent and  committed the Palestinians are to their cause, the right of return, and the Al-Qudos is Palestine’s eternal capital.

Another set of Palestinian songs were performed by the young singer Abed Halawani, who reflected the young generation’s commitment to the Palestinian cause and traditions.