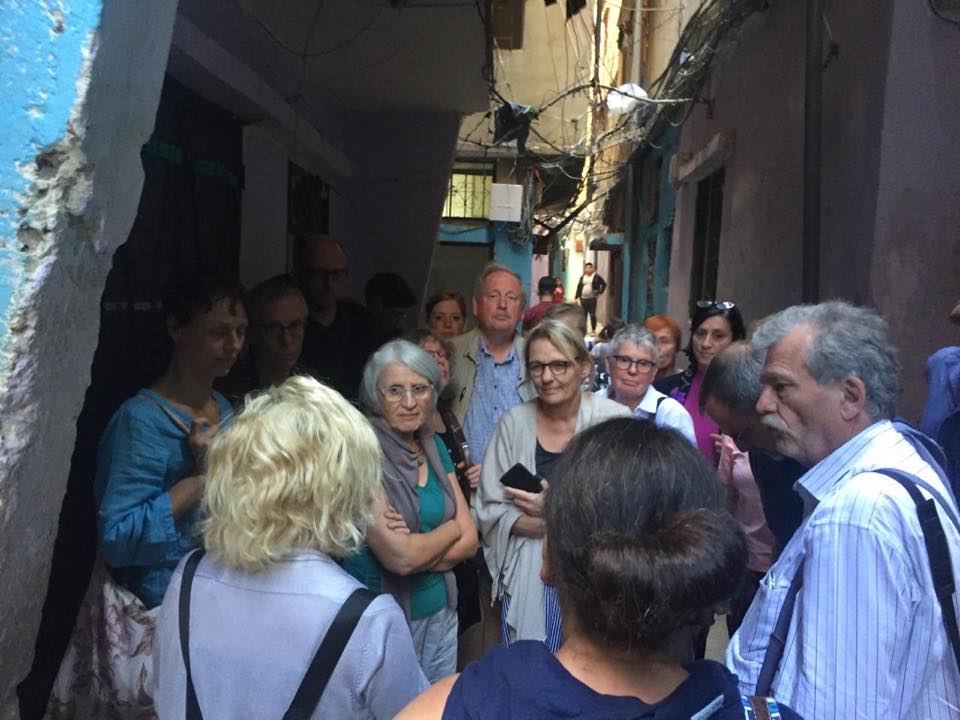 On the occasion of the eighth of March International Women’s Day, Association Najdeh organized a dialogue table in Al-Baddawi camp to discuss the situation of the middle classes of the Palestinian women in Lebanon, with the presence of a number of social and educational organizations, teachers from UNRWA schools, worker women and women from the local community.

The dialogue table was addressed to the Women and working women and female employees, who form an important part of the middle classes of the Palestinian society. The situation of Palestinian women in Lebanon through different perspectives, workers, employees, strugglers and active members in society, in addition to women and girls belonging to this class.

The dialogue table was opened by the coordinator of the Najdeh Badawi  branch Hanaa El-Einain, in which she emphasized on the role played by Palestinian women in the political, social and economic fields despite the difficult conditions they suffer from at their homeland and in the diaspora and depriving them of their civil and human rights. In Lebanon, as she is a part of the Palestinian people, she is also deprived from the right to work.

Abu El-Enein stressed that this occasion is an opportunity to continue the struggle until the fulfillment of women’s human rights, as they suffer from discrimination and not granting equal rights.

Abu El-Enein presented the situation of Palestinian worker women who suffer from the lack of job opportunities and lack of stability and occupational safety due to their seasonal work, pointing out that 82% of them do not have work contracts, suffer from low wages, and evasion of employers, and face exploitation and discrimination in Work conditions: Overtime and overtime unpaid work, denial of end-of-service benefits, denial of sick leave, childbirth and maternity, as well as violence, such as abuse and sexual harassment, as well as family burdens.

A number of interventions took place during the dialogue table. An intervention by the Kg supervisor at Palestinian Women Union at Baddawi camp Emphasized on the need for serious action in accordance with a clear plan for the advancement of the status of women, pointing to the importance of security and job security, which makes her feel stable and the importance of raising awareness of her rights in the scope of work in order to obtain a fair wage and maternity leave, etc..

Another intervention by the educator Amal Al-Ahmad from the Al-Batuf school – UNRWA said that woman is half the society, and her struggle is not less important than man’s struggle, and she plays an active role at all levels.

The social worker Najla Shalash referred to the exploitation and unequal wages paid to women in the field of work and the lack of access to the minimum wage in many areas, pointing to sexual exploitation, absence of means to protect women. She called on the committees and parties to speak on behalf of the Palestinian people and demand their rights, and increase the initiatives on women’s rights and the right to work.

Speeches by a group of graduates who spoke about the difficulties and challenges they face in the field of work, the difficulty of finding jobs, and the deprivation of the refugees from health insurance and the absence of job security.